With the home and away portion of the 2021 AFL season done and dusted, attention now shifts to the finals series. The last nine matches of the year start tonight, with Port Adelaide hosting Geelong at the Adelaide Oval. Before we get too caught up in finals fever, let’s take a look back at the biggest wins and losses each team had during the year and discuss some of the more interesting findings.

Here’s a graphical representation of each team’s biggest win and loss throughout the year. 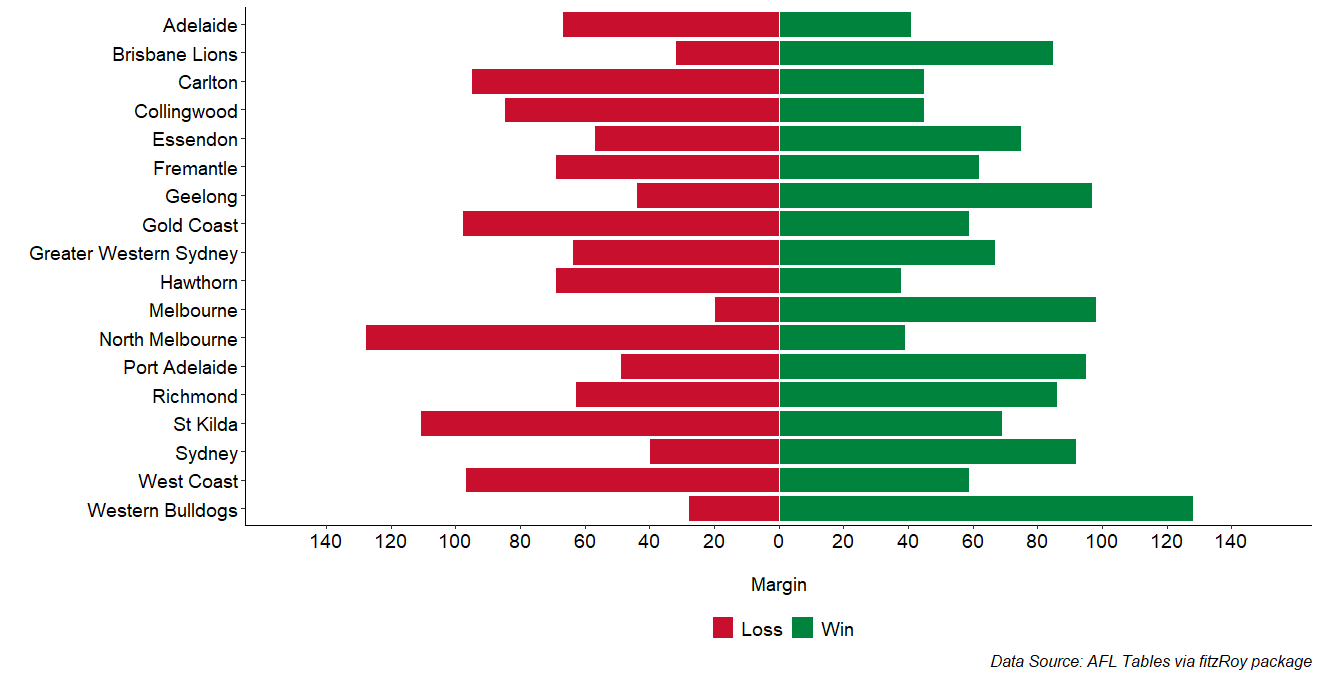 Obviously the biggest win and loss of the year came in Round 3 on Good Friday, when the Western Bulldogs steamrolled North Melbourne by 128 points. The highlights (mostly Josh Bruce kicking his 10 goals) can be viewed here.

But how many other times were the Western Bulldogs responsible for a team’s biggest loss?

The Bulldogs did it three times, as did Geelong. But the Brisbane Lions take the crown after they gave five teams their biggest loss for the season.

There are plenty of other interesting take aways from this table, including:

St Kilda potentially had the most inconsistent year, with 180 points between their biggest winning (69 points) and losing (111 points) margins. For reference, Hawthorn were the “most consistent” (107 points - 38 point win and 69 point loss).

A more detailed breakdown of all of the data in this post can be seen below. 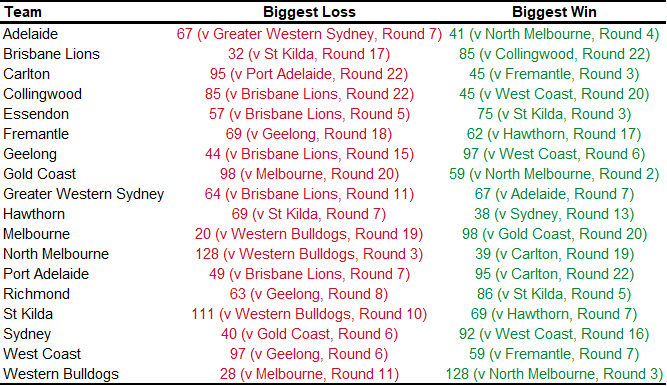